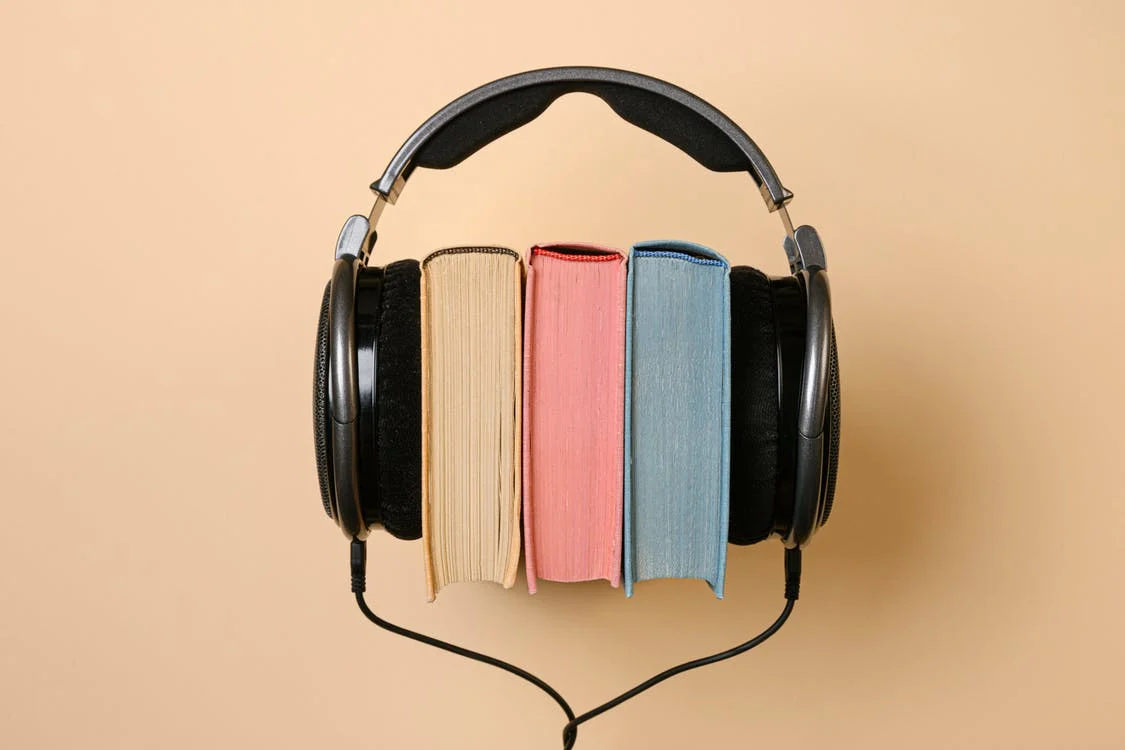 A closer inspection into both worlds, however, and you’ll quickly find that the two art forms are deeply intertwined. From the storytelling components of the greatest lyrics to the musical references that colour many of our favourite novels, there’s no doubt that music and literature have been natural bedfellows for generations.

There have been some instances in music where an artist has taken direct influence from a piece of literature in their lyrics. From quoting iconic authors like George Orwell and J.G. Ballard to basing entire songs around the narrative theme of a classic novel, there are some musicians who’ve taken pride in wearing their literary influences on their sleeves.

With this in mind, we’ve made a list of classic songs that were directly inspired by famous literary works.

This iconic single from British Artpop pioneer Kate Bush is, perhaps, one of the most notorious examples of a pop song taking direct influence from literature.

With the song name taken from the title of the novel, Bush wrote the chart-topping single after watching the 1967 BBC adaptation of the 1847 novel.  She then read the book and later discovered that she shared a birthday with author Emily Brontë.

In the lyrics, Bush sings from the perspective of Wuthering Heights character Catherine Earnshaw. The falsetto-driven chorus sees Earnshaw pleading at the window of her love interest Heathcliff to let her into his home.

The Beatles – Lucy in the Sky with Diamonds

Unlike many other lyrics on this list, The Beatles took direct inspiration from a children's book for this classic track off the ubiquitous 1967 album Sgt Peppers Lonely Hearts Club Band.

While the fantastical imagery in the lyrics has become associated with psychedelia and hallucinogenic drugs, John Lennon claimed that the lyrics were mainly derived from the literary style of Lewis Carol’s Alice in Wonderland.

Lennon would claim that the song's opening line of:  “Picture yourself in a boat on a river” was a direct reference to a chapter in the sequel novel Through the Looking Glass in which Alice floats in a “boat beneath a sunny sky”. Lennon would elaborate further on the song’s far-out lyrics, saying:

“It was Alice in the boat. She is buying an egg, and it turns into Humpty-Dumpty. The woman serving in the shop turns into a sheep, and the next minute they are rowing in a rowing boat somewhere, and I was visualising that.”

With his chameleonic approach both to performing and writing music, David Bowie's career incorporated musical and novelistic influences from an eclectic array of genres. Never were his literary references more overt, however, than in this unsettling album track from 1974’s Diamond Dogs.

With the song's title taken from George Orwell’s dystopian masterpiece of the same name, Bowie alluded directly to the dictatorial themes of Orwell’s book in the song's opening line, where he sings: “Someday they won't let you, now you must agree.”

Elsewhere in the lyrics, Bowie explores the violent, oppressive undertones of the novel in lines like “Beware the savage lure of 1984”, as well as the apathy and nihilism that grip the main characters in words such as “You'll be shooting up on anything, tomorrow's never there”.

Originally, Bowie had sought to make the entirety of Diamond Dogs a concept album on the novel until he was denied the rights to do so by Orwell’s widow. While dystopian themes run throughout the glam rock album, only this song remained faithful to the original blueprint.

There are few, if any novels, that have directly inspired the world of alternative music to the level of George Orwell’s 1984. From the aforementioned David Bowie track to the Eurythmics 1984 single Ministry of Love and Radiohead's brooding 2003 release 2+2=5, Orwell’s most famous book has remained a source of inspiration to artists throughout the decades.

It’s perhaps unsurprising, then, that the Manic Street Preachers – a band famed for the extensive use of literary references – would take direct influence from the classic novel at some point in their career. As the main single from their tortured 1994 masterpiece The Holy Bible, Faster opens with a spoken word rendition of a defiant line from the novel’s main protagonist Winston Smith: “I hate purity, I hate goodness! I don't want virtue to exist anywhere. I want everyone corrupt” before breaking into a menacing post-punk riff that encapsulates the spirit of the novel.

Throughout the song’s lyrics, which see lyricist Richey Edwards simultaneously document his self-hatred and boast about his superior intelligence, there are numerous proclamations that appear to be referential to lines in 1984. A notable example occurs in the bridge before the second chorus when singer James Dean Bradfield spits, “I’ve been too honest with myself/I should’ve lied like everybody else”, a lyric which appears to take direct reference from a novel passage that says: “If you want to keep a secret, you must also hide it from yourself.”

While there have been numerous homages to 1984 throughout music history, there have been few that have captured the claustrophobic malice of the seminal novel quite as the Manics did here.

Morrissey – Now My Heart is Full

Like the Manic Street Preachers, Morrissey's work, both in The Smiths and as a solo artist, is littered with references to writers. From the triumphant homage to poets John Keats, W.B Yeats, and Oscar Wilde in Cemetry Gates to the irreverent mention of Shakespearean characters Anthony and Cleopatra in Some Girls are Bigger than Others,  Manchester’s bastion of melancholic indie has a literary reference to suit any occasion.

It's Graham Greene’s 1938 crime novel Brighton Rock that provides the backdrop to Morrissey’s 1994 single Now My Heart is Full. Whereas the other songs on the list take direct influence from a book’s narrative, Now My Heart is Full uses literary references as a way to highlight the novel’s importance to the songwriter’s own identity.  With the verses documenting a fraught household atmosphere, Morrissey bursts into a chorus that mentions novel characters Dallow, Spicer, Pinkie, and Cupitt as some of his only friends.

The premise of the song is very much in line with common Morrissey themes such as loneliness and isolation.  In bringing the Brighton Rock characters to life, he highlights the escapism that both music and literature can provide people in their darkest, most desperate times.

The first two Bloc Party albums have often been described as coming-of-age albums by both fans and critics. It’s therefore fitting that the opening track off their second album, A Weekend in the City, takes direct influence from the coming of age novel Less Than Zero.

Written by American author Bret Easton Ellis, the 1985 released book is an angsty, nihilistic memoir in the same mould as J.D. Salinger’s The Catcher in the Rye. Song for Clay takes its title directly from the name of novel’s main protagonist and frontman, Kele Okereke’s depictions of sexual promiscuity, hedonism, and ultimate apathy are in direct parallel with Clay’s own narrative.

There are few greater examples of the synergistic influence music and literature can have with each other than Less than Zero. While Bloc Party would find inspiration from the contents of the novel, Bret Easton Ellis had initially taken inspiration from the world of music for the book’s title, which is taken from an Elvis Costello track of the same name.

Like many of their musical heroes, The Libertines were a band that openly celebrated their literary influences in their songs. In this track from their self-titled second album, songwriters Pete Doherty and Carl Barat use the protagonist in Oscar Wilde’s philosophical novel The Picture of Dorian Gray as a metaphor for the perceived vanity of London hipsters.

The song's lyrics offer a scathing putdown of folk who they describe as “Professionally trendy in the glow of Claphans sun”  before sarcastically quipping about their desire to be Dorian Gray – the novel’s main character who notoriously sells his soul to maintain his youth and beauty.

In classic Libertines fashion, Narcissist saw the band evoke the spirit of a classic literary figure to amplify the sentiment of their lyrics.

The Joy Division’s second album Closer is widely considered to be one the darkest and most brutal albums ever made. Written amid singer Ian Curtis’ ongoing battles with depression and epilepsy, the album contains numerous historical and literary references that further enhance the album’s brooding and occasionally frenetic darkness.

Atrocity Exhibition takes its name from the title of J.G. Ballard’s haunting 1970 novel.  The book is a collection of short stories in which a psychotic mental hospital doctor attempts to come to terms with the world around him.

The lyrics of Atrocity Exhibition reflect the same malaise of the novel with lines like “Asylums with doors open wide/ Where people had paid to see inside”, evoking the same unnerving danger that Ballard was renowned for.

In Atrocity Exhibition, Joy Division took the paranoia and psychosis of Ballard’s narrative and added a visceral, gothic soundtrack.

Throughout the history of music, there have been many songwriters who’ve taken inspiration from the immersive language and rich narratives found in classic literature.

Equally, there’ve been numerous notable instances where the sounds and culture surrounding certain bands and music scenes have impacted the narrative of an iconic book.  From the litany of post-punk references found in Irvine Welsh’s Trainspotting to the music-obsessed plot in Nick Hornby’s High Fidelity, there have been numerous instances where the influence between music and literature has worked in reverse.

While we’ve selected eight examples here, these are just a fraction of the many great instances when music and literature have intertwined. For as long as popular music maintains a strong lyrical component and literature seeks to reflect popular culture, these two art forms will continue to inspire one another for generations to come.

Blog post written by James; an avid reader and music and football fanatic.