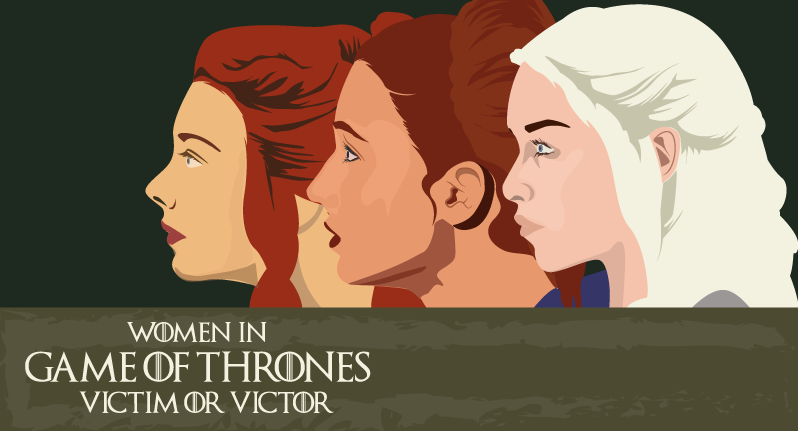 Enter the female Game of Thrones characters; forgers of nations and victims of abuse, who periodically challenge perceptions of femininity and societal norms. Originating from a range of social backgrounds; the characters are typically portrayed as having complex personalities fashioned from their varied experiences. Considering that the warring kingdoms in which they live, are filled with individuals keeping sordid agendas (a fair few of them being women themselves); are the women in Game of Thrones: Victim or Victor?

The sexualisation of women

It is no secret that Game of Thrones regularly delves into the controversial, often with a blunt realism. One of the aspects which shocked viewers, when the series first aired, was the frequency and intensity of nude screen-time. This was especially prevalent to the female actresses in the show, owing the vast proportion of nude scenes being substantially weighted towards women.

According to the Express, no male flesh was shown in the entire of the first series of Game of Thrones however, there were five appearances of breasts and six of the female’s behind. This inequality of nude scenes between actors and actresses has continued, despite season 5, episodes 3 and 4 screening some scenes of male nudity. The frequency and intensity of female nude scenes has proffered questions regarding the necessity of such scenes and whether they are indeed degrading to women. In some scenes, women feature merely as props, as they are silent, naked characters in a scene in which males are given all the lines and women are simply there to fulfil their sexual desires.

The debate has even split cast members. 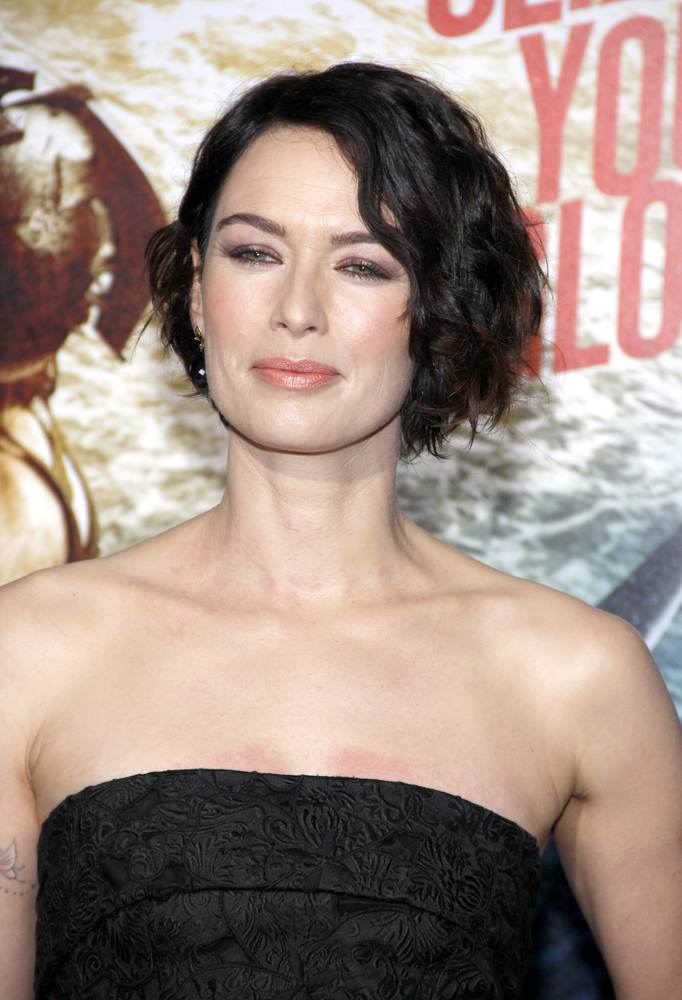 The Express: reported on both sides of the debate. In favour, of the nude scenes, actress Oona Chaplin, who played Robb Stark’s wife, Talisa, commented:

“If it’s done in a beautiful way, in a way that honours the female form, then I’m always happy to see it. The objectification lies in the eye of the beholder, just like beauty. I’m really comfortable getting my kit off, so, if they want to, I’m like, ‘yeah, bring it, I’m naked, no problem.’” 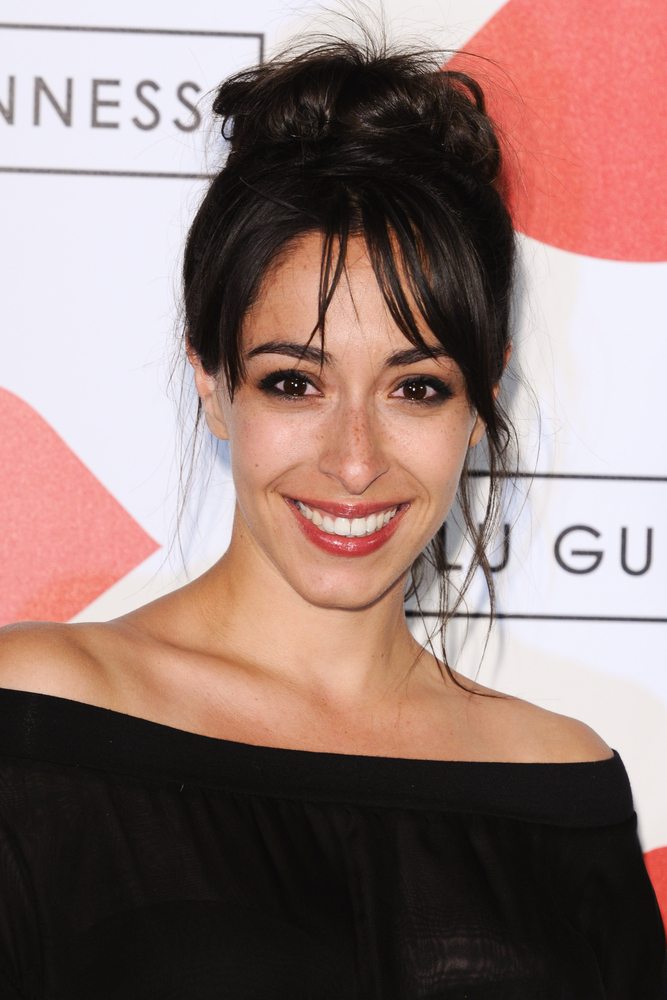 However, many actresses on set opposed the high levels of nudity.

“One of the girls in the show who got her kit off the most in the first couple of seasons now doesn’t at all because she said, ‘I want to be known for my acting not for my breasts.’”

As the series progressed, nude scenes began to decline however, topics surround women’s welfare did not lay dormant for long. 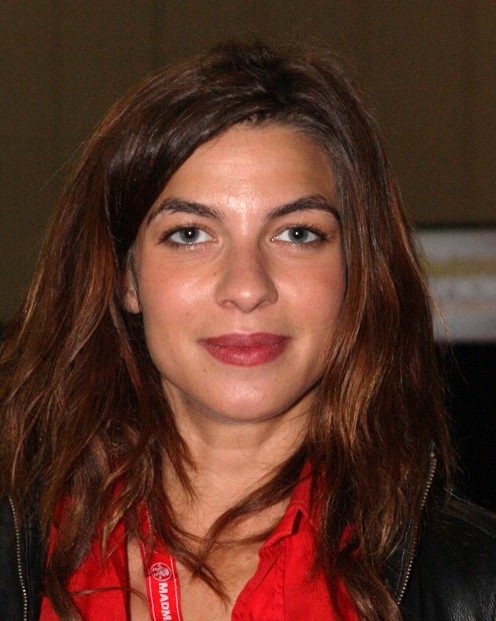 The portrayal of violence

The Game of Thrones script-writers, being unafraid to address dark and disturbing matters, received a barrage of complaints from some viewers following a controversial scene in season 5, in which character, Sansa Stark, was taken against her will on her wedding night with Ramsey Bolton.

“Game of Thrones will change the way sexual violence is depicted on screen following a barrage of complaints. The scene, which aired in May, was part of a story arc which did not appear in the novels. It was criticized for being gratuitous, played for shock value and serving no narrative purpose.”

Hyperthetically, if this scene had been removed, where does that leave scenes about sexual violence that appeared in the novels themselves, and do they serve any narrative purpose?

George R. R. Martin has said himself that that though his books are fantasy fiction, one of his intentions has been to convey an accurately medieval sense of how the powerful prey upon the powerless, including men preying on women.

But are women actually depicted as powerless, helpless beings within the series? 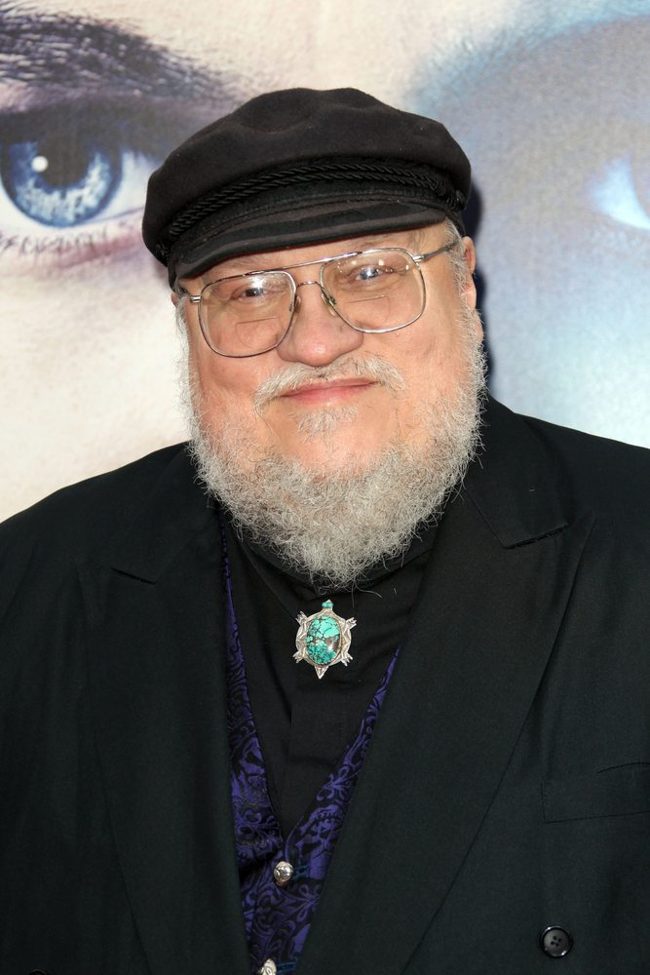 The vision of womanhood

Game of Thrones often makes use of a classic literary device; bildungsroman, in which a character goes on a moral, psychological or social-development journey, after which they are viewed to be wiser than when they first began. Typically, this plot device is used arguably more for women than the men in Game of Thrones. The women become more powerful as the series progresses, whereas the men become less so. Sansa for example; evolves from a little girl, who strops:

“I don’t want someone brave and gentle and strong, I want him. He’ll be the bravest king who ever was, a Golden Lion, and I’ll give him sons with beautiful blonde hair!”

To a woman, capable of advising her brother at war-councils. This transition to womanhood and maturity is perfectly encapsulated in the quote:

“My skin has turned to porcelain, to ivory, to steel.” 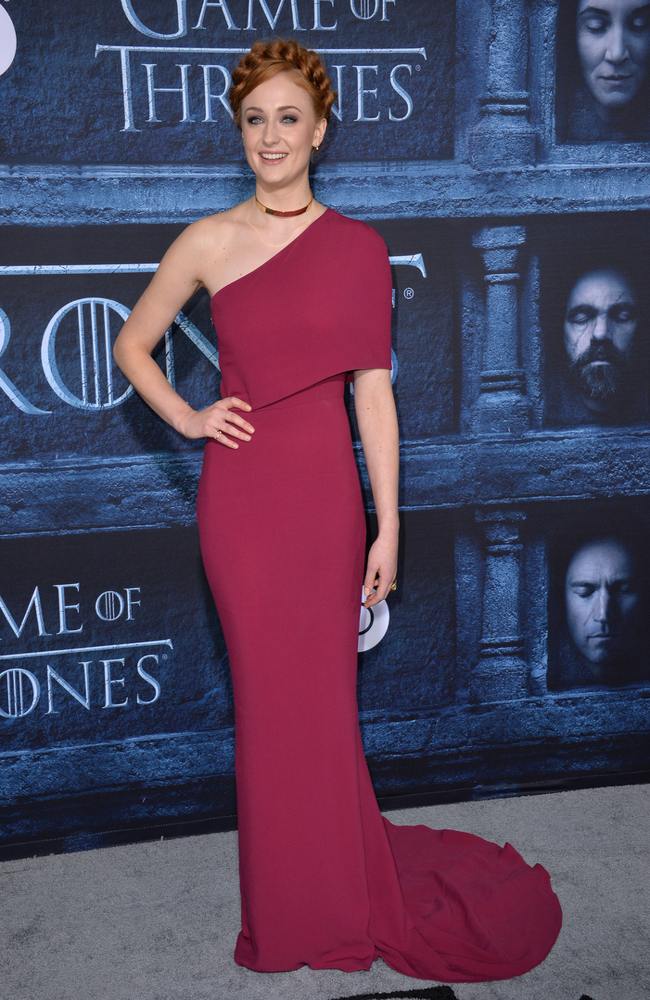 Whereas, most of the males in the series having been at the top of the societal order have had nowhere to go but down. Theon Greyjoy, for instance was treated as a Lord of Winterfell, only to be rid of his money, home, manhood and very almost his mind before his sister, Yara Greyjoy (Gemma Wheelan), challenges him to either live life properly or to end his own life. Similarly, Jamie Lannister, who was formerly a Kings Guard, was stripped of his title, literally dragged through the mud, lost his sword-fighting hand and was put at the mercy of Catelyn Stark (Michelle Fairley) and Brienne of Tarth (Gwendoline Christie) before the latter struck up an unlikely friendship.

On a side note: Brienne of Tarth is depicted as being stronger and physically bigger then Jamie Lannister (plus she beats The Hound and Loras Tyrell in combat) which serves to show that women are sometimes depicted as being physically equal to or more capable than men, not just mentally so. 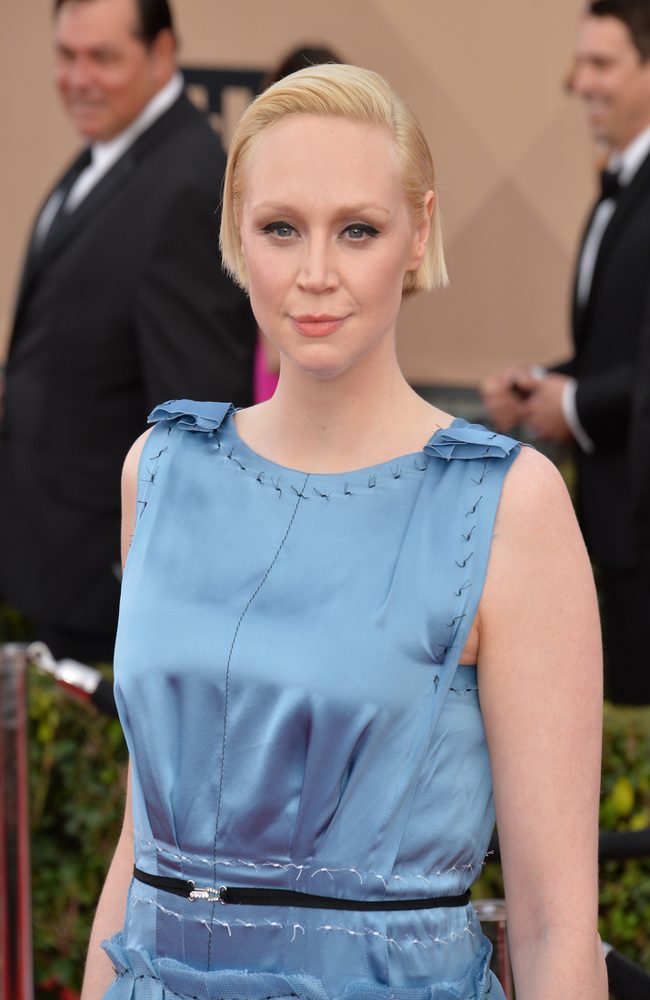 Another character following a bildungsroman storyline is that of Daenerys Targaryen’s. She is introduced in the first series, to be sold by her brother – a common commodity like rice or spices; traded to raise funds for her brother’s army. After being taken against her will, one of her hand-maidens takes pity on her and suggests to Daenerys that she can use her feminine whiles to persuade her husband to see her perspective when making important decisions.

Although women are often viewed by males in the series as the weaker sex; for Daenerys, her femininity and sex leads to her power. However, the necessity to rely on this technique is short-lived. Having experienced a taste of leadership; Daenerys grows in confidence and power and does not require any man by her side in order to be successful. 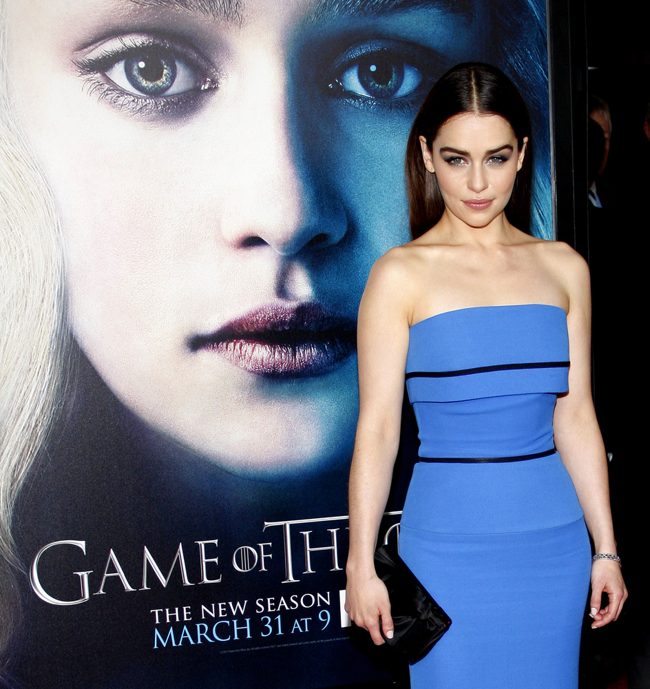 Similarly, one of the attributes which makes Cersei Lannister so fierce is the love of her children. Mothers, for centuries has been depicted as a gentile, tender and nurturing beings, who have no real grit or substance to them. However, actress Lena Headey truly captures the primitive lioness-like instinct that most women would be capable of should her children or family be threatened.

Another interesting factor concerning women centres around the fact that those who are seen to be the strongest have the greatest life experience and confidence are seen to be more successful. Arya Stark (Maisie Williams), although young, uses her experiences gained in different countries and social situations, plus her cunning nature to her benefit.

The portray of women in Game of Thrones is always likely to be a tenuous one. George R. R. Martin has voiced that the books are intended to give a realistic representation of medieval customs towards women, including their ill-treatment. With sexual violence and frequent lewd sex; the series is certainly not for the faint-hearted. However, despite the ill-treatment, there are some more subtle features suggesting that women are indeed more powerful than the male characters anticipate. Though mastering dragons, counselling on war committees, sword fighting and using their sex as a means to power, femininity is reshaped and redefined with each new season. 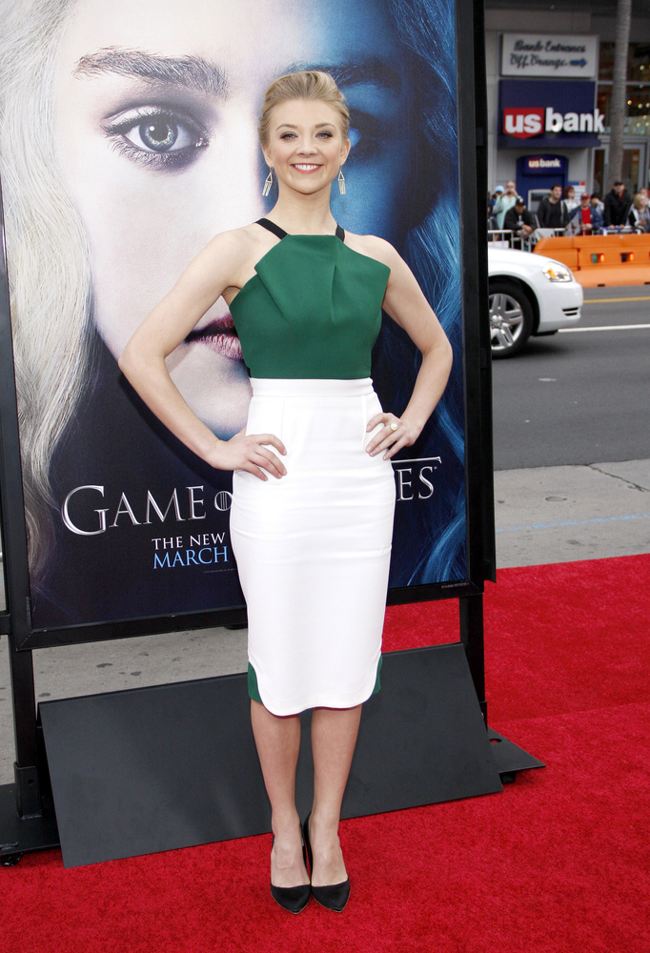