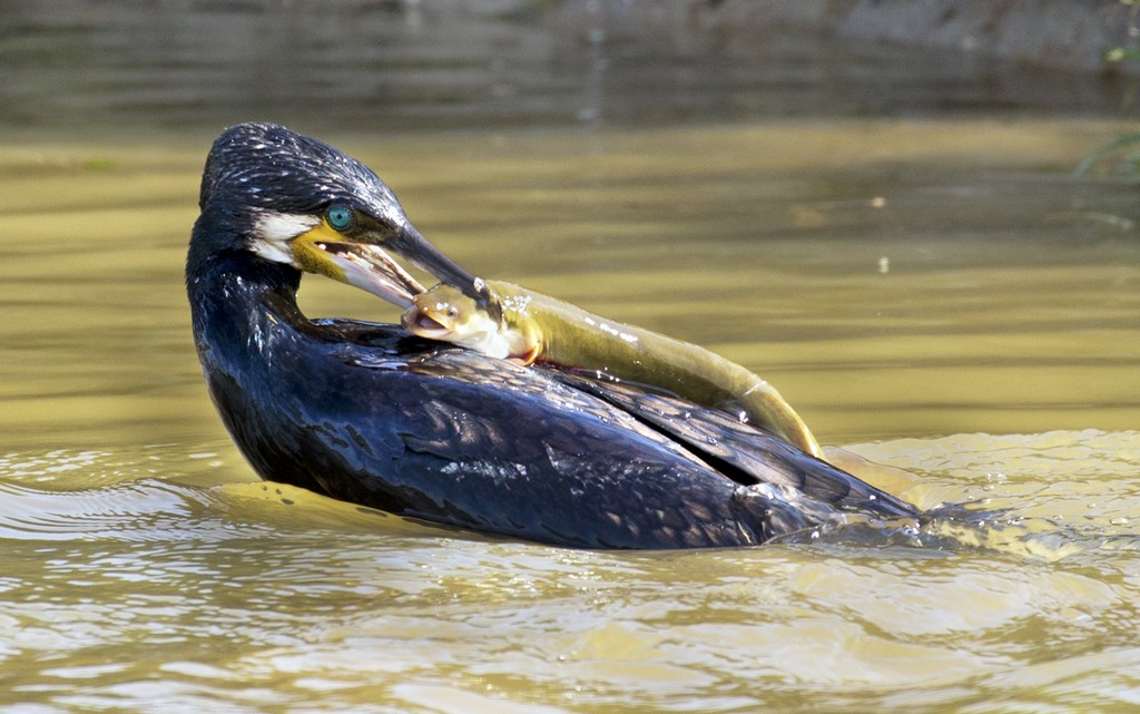 Amateur photographer, Helen Holway was out walking with her husband Nick when she happened upon an unusual occurrence. Whilst taking pictures on her Canon 5Dlll, camera, she managed to snap a shot of a Cormorant that had made a lucky catch – a rather large Eel.

However, moments after taking the shot, the Eel begins to wriggle frantically and breaks free from the bill of the hungry bird, causing an immense amount of splashing. The bird appeared to be pretty perplexed and attempts to fight back, making several attempts to regain control of the slippery fish. However, the tenacious Eel, seemingly unimpressed at the prospect at being caught, makes the ballsy decision to fight back.

After having being bitten several times on the chest, the bird beats a hasty retreat down the river, only to be pursued by the Eel which continues its attack.

“The whole event was pretty entertaining!” Helen commented. “An Eel fighting back is not something you see every day, and we were really lucky to capture the images. Luckily the shutter speed on my camera isn’t too bad! It was a real David and Goliath moment”

The bird finally flew off, causing the Eel to drop back into the river. The moral of the story – don’t have eyes bigger than your stomach? Or maybe, don’t pick on those smaller than you? Either which way, it pays to have character!

Thank you to BBC News who have published the photo on Instagram. You can find the image here: